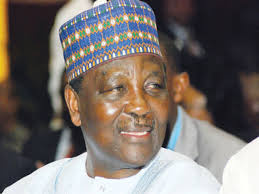 NO VICTORY NO VANQUISHED:  HEALING THE NIGERIAN NATION

“The management of education in Nigeria today requires all citizens to contribute their quota so that we can have minds that are not only literate but could more maturely grasp the issues that define contemporary reality. One of such realities concerns democracy. One fact that many people may not immediately grasp is that without democracy, economic development can hardly be achieved because a host of the needed support structures, such as education, would be hinged on very weak foundation. If democracy must work, our people must be more than willing to explore possibilities beyond their immediate environment because peace, trust and unity can only exist where people are receptive to new ideas regardless of the political, religious or economic creed of the sponsors of such ideas. “1

8, have recalled this because of its relevance to today’s discourse. Let’s not forget that I started out speaking about the ‘redemption of ignorance’ and probable mis-education of our youth. I say this because we cannot meaningfully discuss the concept of ‘No Victory No Vanquished’ and its import for healing our nation without being properly and historically guided to understand where we are coming from and where we are headed. For this reason, I have elected to structure this short lecture
into four easy-to-follow parts, namely:

NIGERIA BEFORE THE CIVIL WAR:

NIGERIA DURING THE CIVIL WAR:

12 One of the critically misunderstood and misjudged part of our story as a nation pertains to the place of the Aburi Accord and its failure to stop the Civil War. For the avoidance of doubt, the Aburi Accord was meant to enable the principal parties break the ice and to get back together as officers and gentlemen: discuss and solve our problems in our homeland, at home, in our land. The spirit of ‘The True Aburi Accord) was ultimately encapsulated in Decree No. 8 of 1967. The only addition outside the spirit of the Accord was my insistence that a clause barring any part of Nigeria from seceding. This perharps was what made Ojukwu to reject the Decree, Otherwise what we agreed to in Aburi was enshrined in that Decree and we were to implement them to the letter, having given Ojukwu almost all that he wanted. We did that in order to achieve peace and return normalcy to Nigeria. Unfortunately, Ojukwu was the one to renege on our agreement. In fact he did not attend our meeting at NIFOR in Benin City.

13, Before we left Ghana, we had agreed that on return to Nigeria, l, as Nigeria)s Head of State should make the first broadcast after which the other Regional Governors would make theirs. Unfortunately, I was down with serious malaria that I could not make my broadcast but Ojukwu went on air as soon as he got back and claimed that we agreed to a Confederation to which I had always strongly objected. That and other actions taken by him and his government made us to carefully review the Aburi Agreement. I got the Secretary to the Government and some Nigerian Senior Civil Servants to review it. They did and pointed out some serious ramifications of it. Those points were carefully considered and taken into account in drafting the Decree No 8 mentioned earlier, Whoever said that the Aburi Accord faiied as a result of pressure mounted on the Federal side (i.e. me and the Federal Government team) to repudiate it was absolutely mistaken.2

“The concept of “national unity” refers not just to the feeling or sense of oneness and willingness to tolerate one another and the readiness to defend the country; it also means the promotion and attainment of a national consciousness whereby most members of the society understand and defend the principle that ‘difference’ enriches human interactions. “4

NIGERIA IMMEDIATELY AFTER THE CIVIL WAR

18, When, mercifully, the Nigerian Civil War ended on 12 January and officially on 15, January 1970 with my acceptance of the Instrument of Surrender from Col. Phillip Effiong who then headed the rebel enclave in the absence of its de facto leader, Col. Chukwuemeka Odumegwu Ojukwu, who had earlier travelled out of his territory in search of the peace, I knew that our nation’s proverbial journey of a thousand miles was just about to commence, I knew that our first tentative steps on that journey would count for much) not just amongst us Nigerians but in the comity of nations. I was mindful that my place in history would be determined by how well or badly we tackled the immediate challenges of a young nation that had just emerged from the ravages of war. Let us not forget that the officers and men who conducted the war on both sides of the divide were young with average age range of between 27 and 36, hence it would have been understandable if any rash decisions were taken in the heat of the moment.

22 In order to further cement our commitment to the unity of Nigeria, my government initiated the compulsory one-year National Youth Service Corps (NYSC) scheme. The raison d’étre for the founding of the NYSC is multifarious but the most critical of the objectives was the cultural integration of our Youths, young graduates who were posted to communities outside their home States to know their country, to serve and help!. Today, the result of this initiative is apparent, for there is hardly any household in this country that is in its purest form. Inter-ethnic marriages have created a new Nigeria that is a lot more difficult to break up without severing blood ties. Although the circumstances and realities of modern day Nigeria have conspired to dilute the essence of inaugurating the NYSC scheme, the spirit of the programme remains alive and well, Contrary to the views being canvassed in certain quarters that the NYSC has outlived its usefulness, I wish to submit that we take a closer look at the philosophy that undergirds the programme.

NIGERIA IN A DEMOCRATIC DISPENSATION

“If my people, which are called by my name , shall humble themselves, and pray, and seek my face and turn from their wicked ways; then will I hear from heaven and will forgive their sin, and will heal their land.”

27, This exhortation, amongst several other factors, encouraged me, acting in concert with several men and women of faith and goodwill to inaugurate Nigeria Prays, an inter-denominational and inter-faith group of which I am the Convener and Chairman. What we do basically, as can easily be deduced from the name, is to pray for Nigeria in all its ramifications calling for peace and love of our country and people. Since 1996 when the group was founded, we have held prayers for the country in all the 36 States of the country and in Abuja, the Federal Capital Territory several times. We also have convened prayer sessions outside the country, UK and USA, to intercede for our dear nation. I believe that our prayers and the prayers of other lovers of this country are borne out of a deep sense of patriotism and they have contributed to the relative peace and stability of Nigeria. Looking back, perhaps the process of healing Nigeria of the wounds of the Civil War would have received tremendous boost if I had invited Emeka Ojukwu to the Ministry, as I wrote in my condolence message to his family5:

The only regret I have is that I did not make an effort to draft Emeka into our Nigeria Prays ministry to join me and many others in praying for Nigeria. Who knows whether with his experience of the horrors of the civil war and the powers of prayer we would not have sooner been saved the scourge of the violence, bombing, kidnappings and mayhem being lately experienced in the nation.

“Ojukwu and I had one thing in common. We were both principled men and it might even be said that the Civil War resulted largely because we both stuck to our principles! We swore an oath of loyalty to our country to defend and preserve the sovereignty and territorial integrity of our country, Nigeria. This was the ideal we both held before the crises that engulfed the Country in 1966-1967. I concede, in all honesty, that Emeka Ojukwu could be justified in taking a stand for the defence and protection of his people in the circumstances of the country at the time. I was trying to do the same at the national level (that included them and his people) at that time. I understand and respected his position but not the extreme position he took which I felt was misguided. I wished we had toiled more to avoid secession. I strongly believe that if Ojukwu was in my shoes he would have done exactly the same as I did during those crucial days. What was done was not out of personal or group dislike or hatred. Emeka was never my enemy nor are the Igbo, We never disliked each other. We only disliked the stand and actions taken by the other.”

32, I thank you, distinguished ladies and gentlemen for your kind attention. God bless you all.
REFERENCES