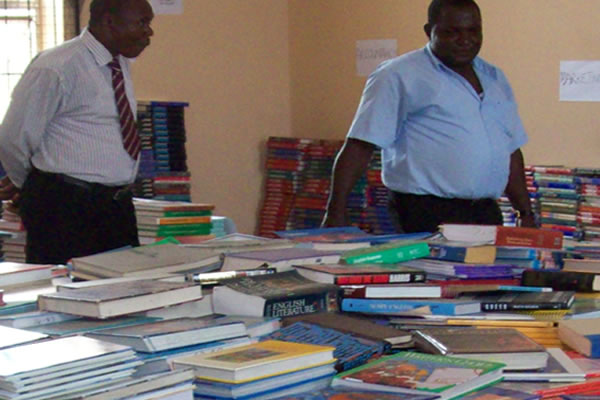 The NDLEA team, led by the State commander, Mr. Momodu Sule, included nine other officers of the establishment.

The commander explained that the purpose of the visit was to explore areas of cooperation between the NDLEA and the university, considering the fact the institution trains many youths who may be exposed to illicit drugs. Mr. Sule stressed the need for the university to establish a Drug free Club or Anti-Drug Abuse society, as a way of discouraging the Students, who are mainly youths, from the use of illicit drugs.

Responding, the vice Chancellor, represented the deputy Vice chancellor (Academics), Prof.  C.VA. Odilora intimated the NDLEA team with the efforts he had made towards stamping out cultism in the university, which resulted in about five hundred students renouncing membership of about twenty-six different cult groups.

In his contribution, the Acting registration, Mr. O.R.A. Okechukwu, who was among the university’s management team present, assured the NDLEA that the institution would partner with it in the area of orientation of new students as well as seminars for the older students on the dangers inherent in the consumption of hard drugs.

The high point of the visit was the exchange of books and group photographs.